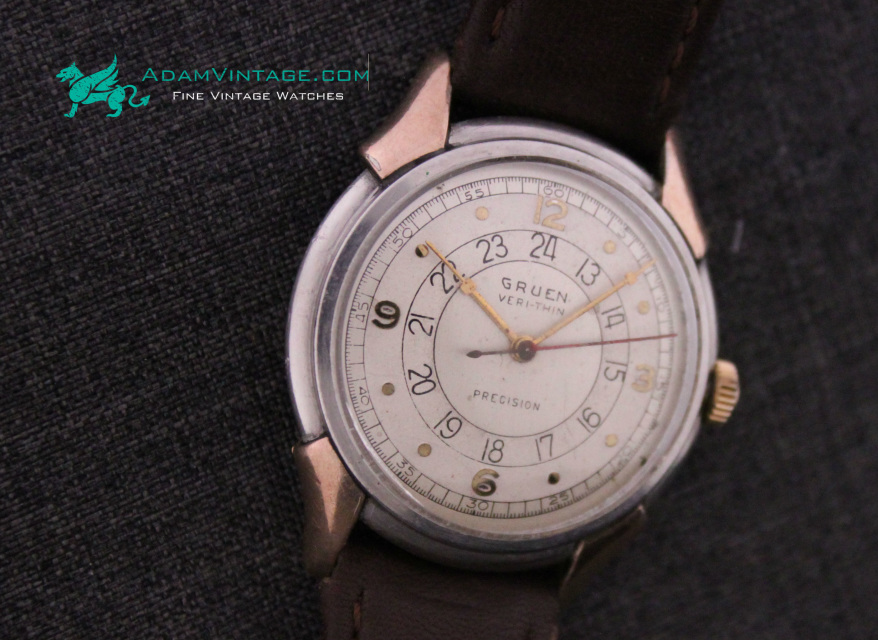 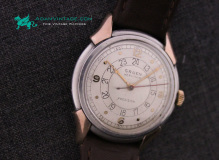 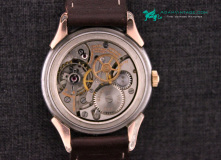 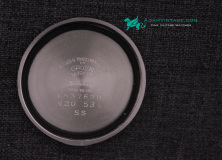 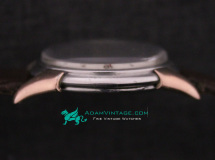 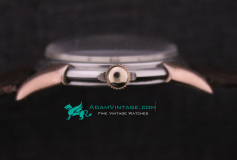 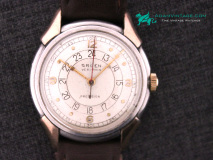 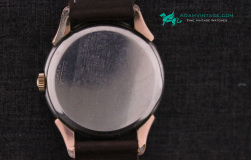 Starting about 1943, Gruen produced a series of pilot's watches with 24-hour dials for Pan American World Airways. During the war, the airline dropped all commercial operations and flew exclusively for the U.S. military. Pan American's network of bases and airports in the Pacific and Asia became a valuable military asset.

The Pan American wristwatch models all have sweep seconds (still fairly unusual in the 1940s), Arabic numbers for 1-12 around the outside of the dial, and an inner chapter ring with the numbers 13-24. There was still a glamorous mystique to aviation and airplane travel in the 1940s, and Gruen ran several ads showing pictures of their pilot's watch with the famous Pan American Clipper flying boat. The watches were supplied only to the airline and were not actually available for civilian use—the ads were run to create customer awareness of these watches, which Gruen had big plans for once the War ended. Finally, an October 1945 ad announced that the Pan American line would go on sale to the public. The company believed that postwar consumers would make increasing use of 24-hour time, especially for airline travel. They also reasoned that, having just come through a major war, many people would have become accustomed to military time and could easily make the transition. Gruen published several articles in their dealer newsletters praising the advantages of dials indicating "the 24 hours of the air-world day," and advising retailers to stock up on Pan Americans to meet the anticipated demand.

Gruen offered the Pan American in a number of models and variations, in Guildite, gold filled and solid gold cases, for both men and women, and with a variety of lug and case shapes. There were two-tone versions and versions with square cases and dials. There were a variety of dials as well, but just like the original pilot's watches, they all share common features: a 24-hour dial with an inner 13-24 chapter ring and a red sweep seconds hand. This piece is a fancy gold filled lug and crown with stainless steel case - an uncommon variety.  As was the practice with the Curvex and Veri-Thin lines, "Pan American" was part of each watch's name: Pan American Challenger, Pan American Eagle, Pan American Navigator. The round watches use the excellent VeriThin 420SS movement. Please note there is brassing on the back of the lugs and some very minor brassing specs on the front. Everything on the watch is original, has just been serviced, and ready to wear or collect.  Using the most accepted and modern dating technique for Gruen Pan Am's in Wadworth cases this watch is a war-time watch dating to 1944 (420-534). This dating technique can be found here: http://www.gruenwristwatches.com/resources/Style_Number_Article/Revolutionary%20New%20Gruen%20Dating%20Technique.pdf

This makes this Gruen extra special having served in WWII alongside (or on the wrist of) a WWII Pilot! After the war, only then were consumer models madeavailable.