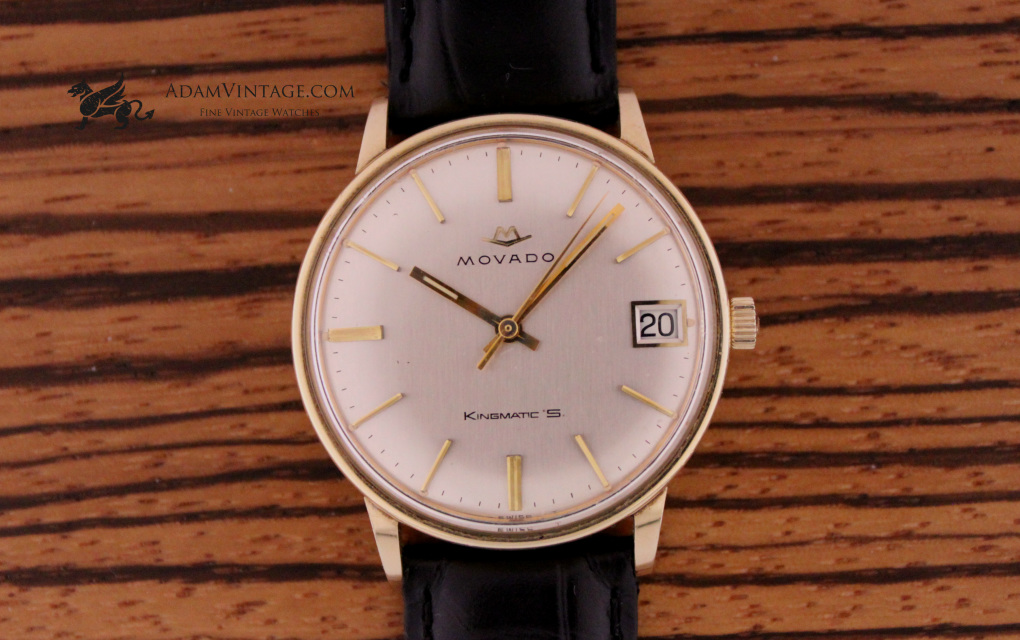 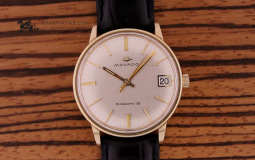 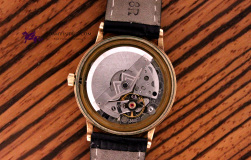 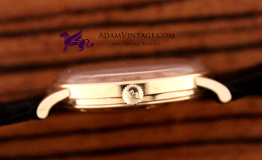 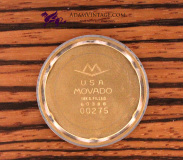 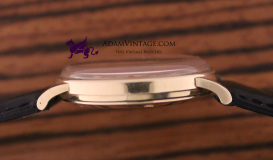 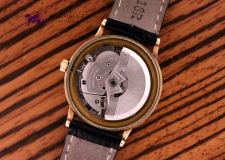 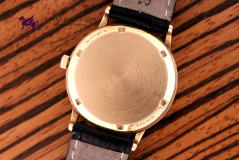 SKU: mov-k001
$500.00
$450.00
$450.00
Unavailable
per item
According to the company in 1956, Movado introduced the Kingmatic series – an innovative and widely acclaimed new family of self-winding timepieces that remained popular through the 1970’s. Kingmatic was one of the world’s first wristwatches to have a self-winding movement and sweep seconds-hand both driven from a central rotor, marking a technological advancement in automatic timekeeping.

The original Kingmatics earned numerous Neuchâtel Observatory prizes for wristwatch chronometer performance between 1956 and 1966, including three consecutive wrist chronograph 1st prizes in 1956, 1957 and 1958. The first men’s Kingmatic was soon followed by other exceptional models including the Queenmatic for women and the men’s Kingmatic Calendoplan and Kingmatic Chronomètre models.

Kingmatic became a well-known and long-lived series which Movado celebrated with new namesake automatic models in 1998, and again as part of the 125th anniversary of the brand.

This 17 Jeweled Kingmatic S Quick Set Date with a beat rate of 21,600 is in extremely nice condition with no notable flaws.  This is an earlier piece likely from the late 50's possibly early 60's.  The dial is original and perfect and the case shows  no signs of brassing and little signs of wear.   Movado really was and still is depending on how you define, one of the most significant watch manufacturers in the 20th century.  By the 1940s Movado’s position as a leading designer of cutting edge watches was assured. However, as an opportunist retailer, the company moved on to market the now famous Nathan George Horwitt designed museum watch. This watch was initially designed for Vacheron & Constantin-Le Coultre in 1947, but Movado copied it in 1948 seeing VC's lack of enthusiasm in producing the dial. The watch was revolutionary in that it consisted of a black face with a single dot at the 12 o'clock position representing the sun at its meridian. Even today the design is striking, but in its day it caused a considerable stir. So much so that in 1969 it became the first watch to be exhibited at the Museum of Modern Art in New York. This resulted in the watch subsequently being sold by Movado as “The Museum Watch”.

Movado’s innovation was not limited to fashionable designs, by the 1950s, and 1960s Movado was making the Kingmatic automatic watch.  However, even with these watches Movado added little touches to the design of the movement, such as lightweight cut out rotor blades based upon the Movado logo. That these were never seen by the wearers of the watch is beside the point, it reflects the companies tremendous attention to detail.

Movado is still in operation today. It was bought by Gedalio Grinberg 1983 and is currently run by his son Efraim Grinberg. Movado now concentrate on the production of luxury quartz based chronometers.

The Kingmatic represents the apogee of Movado watchmaking prior to them embracing the quartz movement.   A fantastic versatile dress watch at 34mm, this can be worn in the board room or with jeans and t; as the calibre 388 is known as a fairly rugged movement.  This watch has its original signed crown and is nicely presented on a lightly used vintage 18mm Hadley-Roma matte black leather strap.
Sold out
Add to Cart