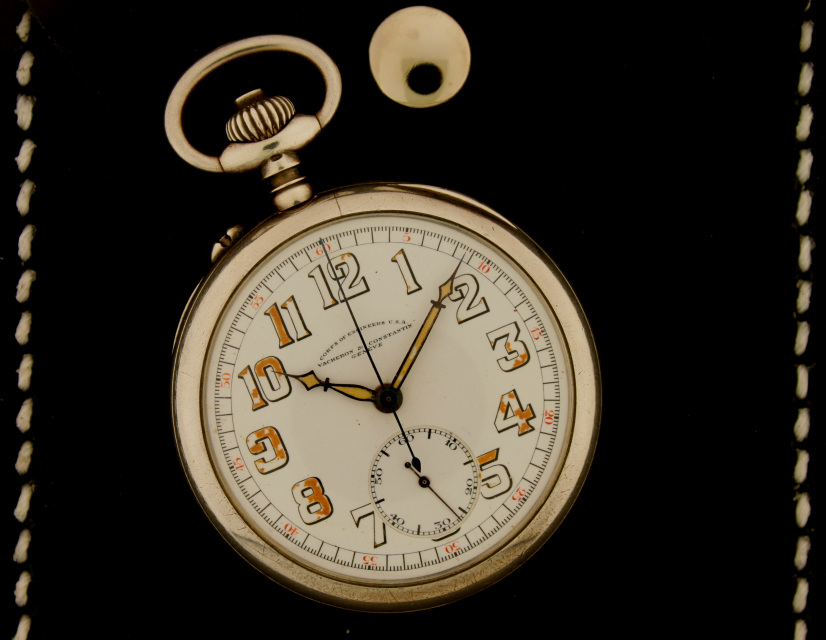 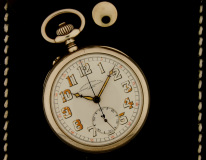 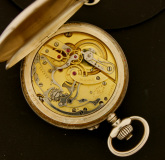 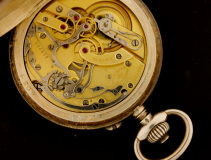 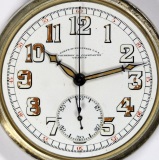 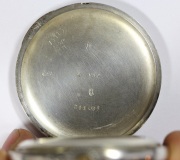 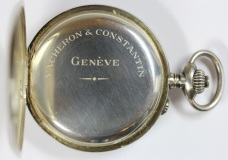 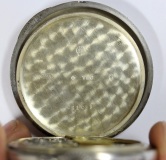 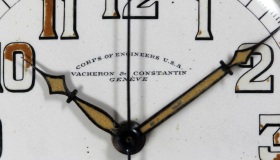 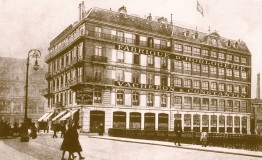 SKU: vcchrono-001
$4,325.00
$3,995.00
$3,995.00
Unavailable
per item
Beautiful Vacheron & Constantin military chronograph for sale from World War I. This pocket watch was part of an order of 5,000 watches in which only 3,289 total watches delivered that the United States Army Corps of Engineers commissioned from Vacheron & Constantin. The watches had to be made of 900 fine silver, have white dials, have luminous hands and numerals, and keep time within 30 seconds per week. The army ordered these in 1918 and accepted shipments from Vacheron until late 1919. With the later serial number of this piece (2717) and the cathedral style hands, this piece was made at the later end of the run, most likely 1919. The hands still have almost all of their radium lume, but the radium has dissipated over time off several of the hour numerals on the dial; which is not uncommon for pieces that actually saw service use, which this one clearly did.  This pocket watch is a single button chronograph without a minute counter, so it tracks only 60 second increments. The button on top of the winding crown starts, stops, and resets the chronograph. The lever to left of the crown is depressed in order to set the time. All the functions of the watch are working properly, and it is keeping time very well.

The case of this pocket watch is 900 fine silver and in excellent condition. The dial is also very clean apart from the dissipated lume on the numerals - no hairlines or cracks.  In many cases you find this watch with all its lume gone and in most cases incorrect replacement hands due to the fear of the radioactivity of the lume used at the time.  Of course, any type of radioactive material on this watch is no longer radioactive due to the age and posed no risk. The hands still have nearly all their lume and still have a blue hue to them. The case number is 241034, the movement number is 384852, and the movement is a 20-jewel movement with a straight line lever escapement and a 19 lignes size.  Very high end column wheel chronograph made in-house by Vacheron.  The earlier serial numbers as pointed out in many studies of this watch were likely outsourced to Nardin because V&C was not prepared for such a large order.  This piece is a true V&C movement.  There is high-end gold gilding on this entire movement, not specified as a requirement of the order, but a very expensive nice touch by Vacheron.  Quite nice, this watch will certainly give you bragging rights.  Appraised values for this rare bird with all its original parts, I've seen up to $20k in mint condition by a couple certain high-end auction houses.  While others that have been modified through the years can be had for $2-3k.  This piece is all original and in excellent condition to boot which is extremely hard to find.

The pocket watch chronograph measures 52 mm wide, 65 mm from the crown to the bottom, and 14.5 mm thick.

The document in the pictures details the order for the time only version of this.  So they ordered both the chronographs and time only pieces of similar specs.  I've not been able to find the doc copy of the chronograph order.  If anyone out there has it feel free to send it to me.  Thanks!

Dedicated articles about this watch
heritage.vacheron-constantin.com/en2/heritage/XX#1918-Corps-of-Engineers-pocket-chronograph​Vacheron Heritage Site
The Hour Lounge 1
The Hour Lounge 2
Hodinkee
WatchPro
Sold out
Add to Cart
Upon further research by me, so curious I am...and reading what the other various experts had to say about various versions of this watch we may have seen.  Many who call counterfeit when they really aren't - they are just not made by V&C.   First, there is no other dial configuration that is original than laid out in the US Military order no matter who made the watch.  The exception is the lever set chronograph in which V&C documented that they refused to put their name on the dial and possibly the movement.  Second, there are four known movements used in this watch order, 2 were quality column wheel chronographs by Nardin or  Mathey-Tissot, 1 was a less common lever set (not quite sure who made this yet), and third, the real Vacheron & Constantin movement as seen in this watch.  Among the many theories is that V&C didn't produce any of the movements, is false.  Vacheron was not prepared for this rush order and outsourced the first 3 batches while they did their own work on the last part of the order.  This is proved only by V&C's only other one-button chronograph known before the US Military order, and that was the V&C commercial pilot's chronograph using the same V&C movement of the last batch of these watches for the order by the Army Corps of Engineers.  And nearly the same watch except for the dial and case engravings.  Very Interesting! 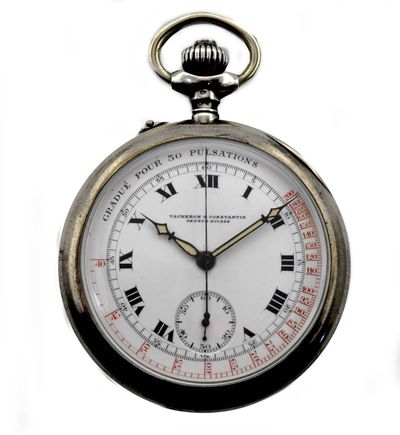 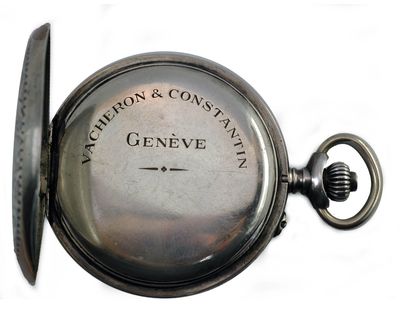 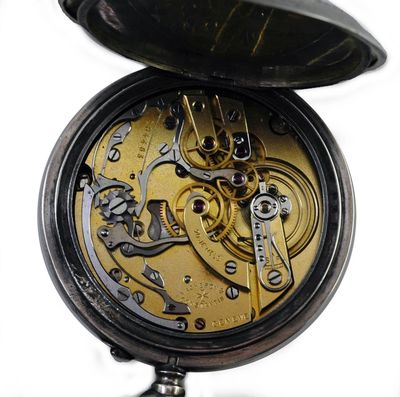 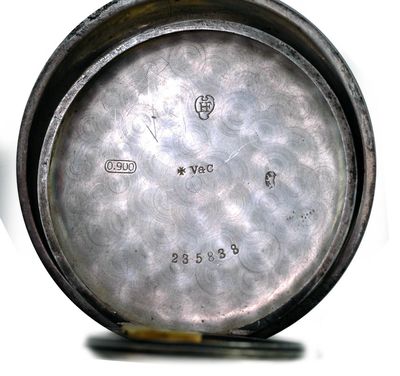