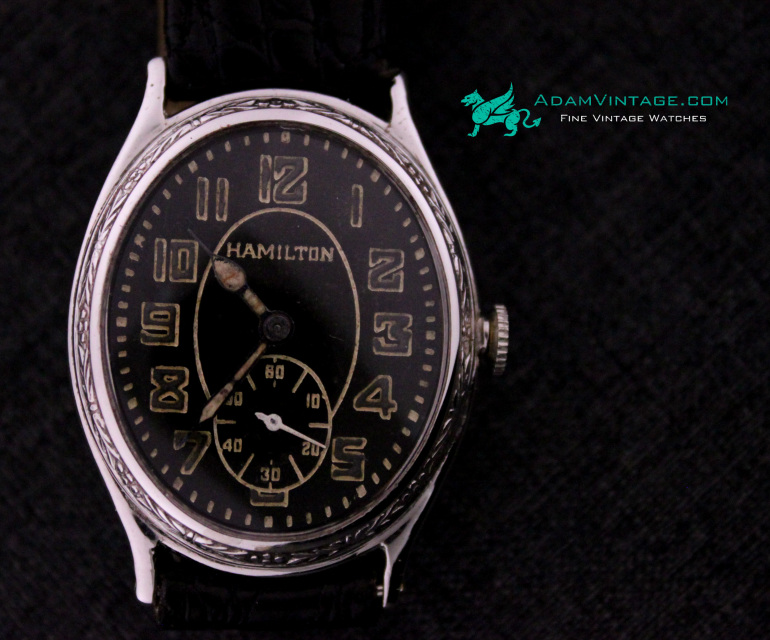 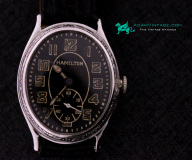 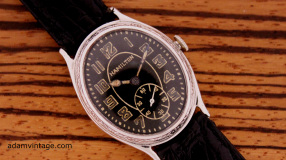 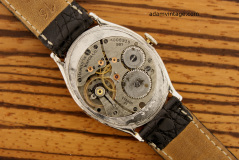 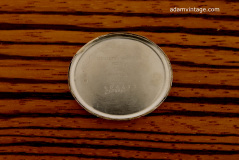 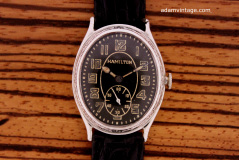 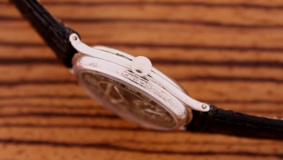 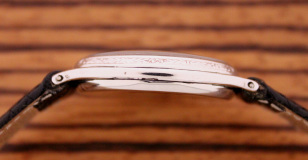 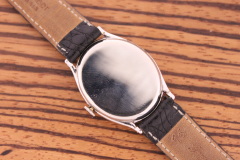 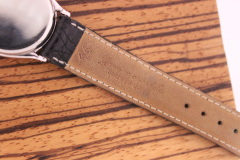 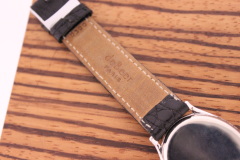 The Hamilton watch company was founded in 1892 but they didn't produce their first watch until 1893. The first watch was designed by one of the companies founding members - H.J. Cain. Their pocket watches commanded immediate respect and became prominent timepieces for railroad engineers as well as the general public. The "Broadway Limited" was introduced in their first year of business! These watches were so respected that they became the official watch of the American Expeditionary Forces world-wide. A special Hamilton wristwatch version was made and supplied General Pershing and his men in WWI . Admiral Byrd relied on the same watch on both his Arctic and Antarctic expeditions. Auguste Piccard used a Hamilton timepiece on his balloon ascent into the stratosphere in the early 1930's. The first American to summit Mount Everest - Jim Whittaker -was wearing a Hamilton in 1963. Suffice it to say that Hamilton made the best American Watches.

This rare, gentleman's Hamilton, called the "Oval", was made circa 1929. It is a caliber 987 that has a 17 jewel movement which is housed in a white gold filled, oval case, that has an engraved bezel. It is in excellent condition. The case measures 30 mm side to side (not including the crown) by 36 mm lug to lug. It sit quite large and thin on the wrist for a deco watch of this period. Hamilton made them with both a plain polish bezel and this one, with the more desirable, engraved bezel. This watch also has a spectacular black dial which is very rare. I inspected the dial diligently and I believe it is an original unfinished dial.  The blued steel hands and the Arabic Numerals are filled with lume so that the numbers and the hands have a glow-in-the-dark effect when the lights are out; however, due to its age, the lights are really out; but all is intact. This is the sort of gentleman's watch that will attract attention when you put it on your wrist. It is a real classic that you don't often find for sale; in fact there is not one Black Dial Oval I can find on the market right now. The watch has just been overhauled and has been restored for generations to come. It is winding, setting, and running, like the day it came from the factory in Lancaster, Pa. where the Hamilton Factory was located. The case back and case serial numbers match and the movement is original to the watch with the earlier and more desired caliber 987; more desired because there was much less made.