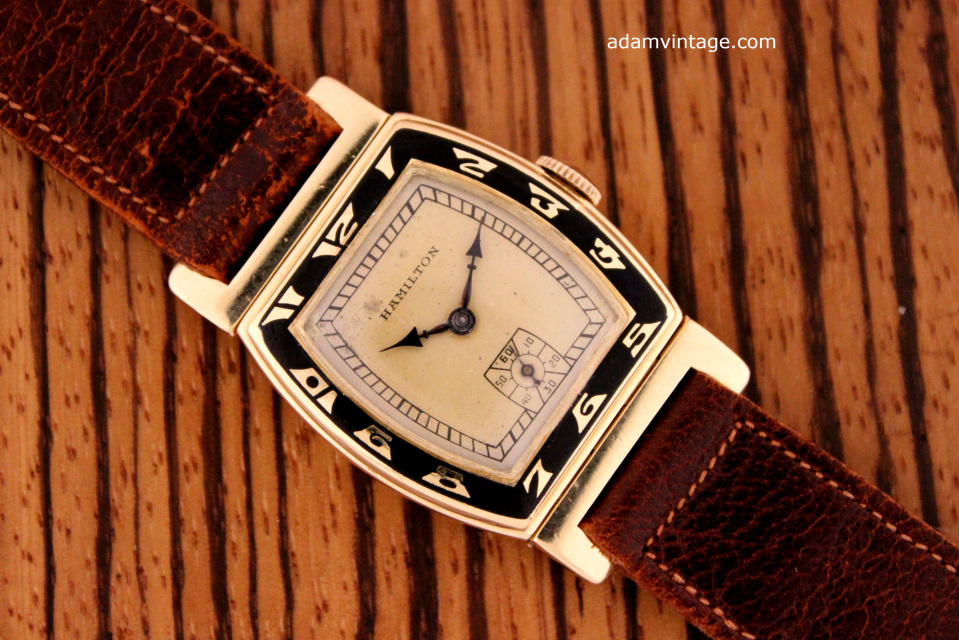 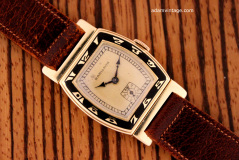 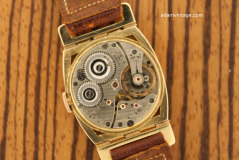 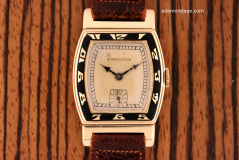 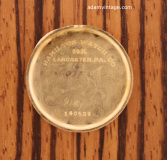 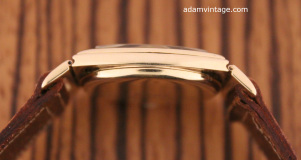 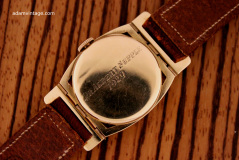 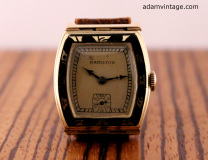 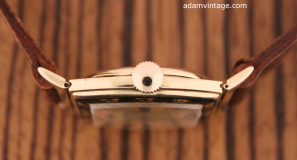 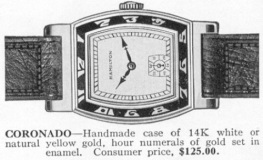 SKU: ham-0192
$4,300.00
$3,000.00
$3,000.00
Unavailable
per item
The Coronado is one of three enamel bezeled watches produced by Hamilton which included the Piping Rock and the Spur.  Being from 1929 - this is an early production Coronado.  The Coronado is a highly collectible Hamilton and demands a premium among Hamilton aficionados. Its popularity has much to do with its hinged lugged barrel shape as well as its use of a unique "exploding numeral" enamel bezel. Hamilton also produced Coronado's with Roman Numerals however they are extraordinarily rare and do not appear in Hamilton production records. It is believed that they may have been produced as "special orders" only.
Official production records indicate that the Coronado was offered in 14K yellow and white gold only. A platinum Coronado is known to exist and like the Roman Numeral bezel variation, it is believed to be a "special order."

During it's production years, the watch was sometimes missing from the Hamilton catalog suggesting these in some years may have been made to order.  There was a total 1530 ever produced in yellow gold; it was also available in white gold.  The average survival rates for gold watches from this period is well below 50%; making this model one of the rarest Hamilton models on the market.  The watch features its original solid yellow gold case, lugs, bezel, crystal dial, crown and caseback.   Please note that the glass crystal being  original, has some low-moderate scuffs and scratches on it; however, it is not distracting. The Bezel is enameled in black with yellow gold numerals and is in excellent condition with no major flaws noted.   Surviving pieces usually have major flaws with the enamel due to wear; however, this watch appears to have been used with extreme care and rarely worn.  The caseback has an inscription;  It does not affect the value.   The hinged lugs are in excellent condition, with the lower lugs tightly intact and the upper lugs have a little wiggle room but are working perfectly.  The Coronado is executed using the famously reliable and well finished american made Hamilton caliber 979 - the earlier caliber before they switched to the 979-F - the 979 is much more rare.  The watch is recently serviced and is in working order and running strong almost within chronometer specs.  It comes on a period vintage calf skin strap that would be the replacement for exactly what the watch would have been sold on.  Comparable sales in the yellow gold version were difficult to find and I do not have any as of yet.  I also have a white gold version in which comparable will show mine are priced at a bargain.

Please note that there is no yellowing in the dial - this is a reflection from the gold surrounding the watch.  There are some small age spots at 12 o'clock - but very minor.