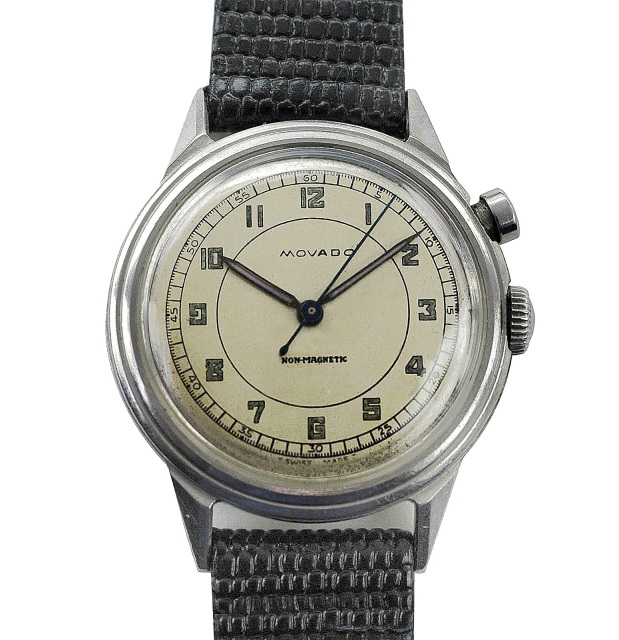 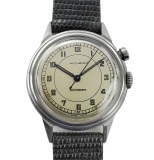 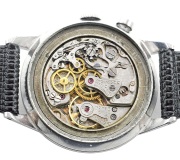 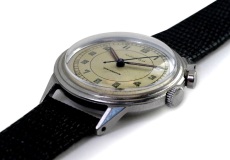 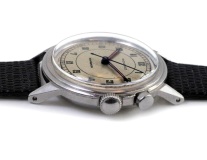 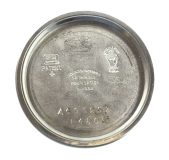 FINAL SALE -  Movado Watch is a renowned watch company whose name denotes "always in motion" in Esperanto. The company started its expedition in 1881 and later went onto become a leading brand in watch manufacturing and horological inovation. It was a small workshop in La Chaux-de-faunds, Switzerland, from where it saw the light of the day. It was the gifted Achille Ditisheim along with the group of his six employees who initiated the grand move to establish Movado Watch.

Initially, the entire fleet of Movado watches was fabricated, accumulated and manufactured by hand. Shortly after putting the valiant act on the roll, their stiff effort and gritty determination resulted in huge and anticipated dividends. By the year 1899, they were rewarded with nearly six "first-class Official Rating Certificates" in their category. The subsequent years came with even better results and they were honored with the 'Silver Medal' at the Universal demonstration in Paris.

By the year 1905, the Movado brand was widely respected and had started reaping benefits by the name. To meet the customer's demand and expectation, it embarked onto the path of practicing distinction in the design and utility of the products at disposal. Later years saw them prevailing over their arch rivals at some grand exhibitions: be it the 1910 trade fair in Paris, Rome, Brussels or Rio de Janeiro. They convincingly brought the glory for themselves by launching of 8 Ligne wristwatch collections. The bringing in of the "Polyplan watch" in the year of 1912, almost created havoc and stunned the entire watch community. These watches were so outstanding that they are exceedingly hunted nowadays at any watch auction.

Movado Digital Watch was launched in the year 1930. At the same time, the Calendomatic and the Doctor's one button Chronograph (this watch) was brought into the market. They were extremely successful as a medical tool for pulse recording and also carried over into military use for various time recording due to their amazing reliability and ease of service.

The creative Movado engineers, who liked nothing better than to do away with old watchmaking habits, broke new ground in the chronograph sector. Taking a reliable, manually wound caliber from their own repertoire of constructions, they developed an easy-to-service column-wheel chronograph module for it, which fitted onto the back of the movement.

The movement itself needed only minor modifications. The new, modular caliber 90 M with a 60-minute counter enjoyed a publicity coup as a world premier in 1939. It was soon joined by the caliber 95 M, given enhanced functionality by an additional 12-hour counter. Further variations produced by Movado included the smaller caliber 478 (10 1/2 lignes) without counters.

By the 1960s, the unique "Museum Watch" which displayed a solo dot at the number 12 on the dial, took the market by storm. This inimitable characteristic of the watch symbolized innovation unheard of before. It was profoundly accepted as well as preferred to be put as an enduring set in the "Museum of Modern Art" in the year 1969. It was the result of the teaming up with designers of the likes of Andy Warhol, who collaborated with the production process of "one-of-a-kind watches", which are now an integral feature of museums, galleries, and watch collections.

Presently, Movado Watch is revisiting its splendid past by introducing the KingMatic series. This series of watches were initially launched in the 1950's. The current KingMatic is made of stainless steel and sapphire crystals and is water defiant. Movado commemorated its 125th year of watch making only last year. In the midst of its resounding watches, put in the museum collections roughly all over the world, Movado Watch has created a huge impact and left its mark of triumph on the world. Its recurrent exposure in celebrated publications further complements the saga of its achievements. ​

This chronograph was produced in very limited numbers with very few surviving in excellent condition as this one. The stainless steel version is the most rare. This is an opportunity to pick up one of the rarest Movado in-house chronograph watches ever produced.

1 available
Add to Cart
See All In Stock Vintage Watches