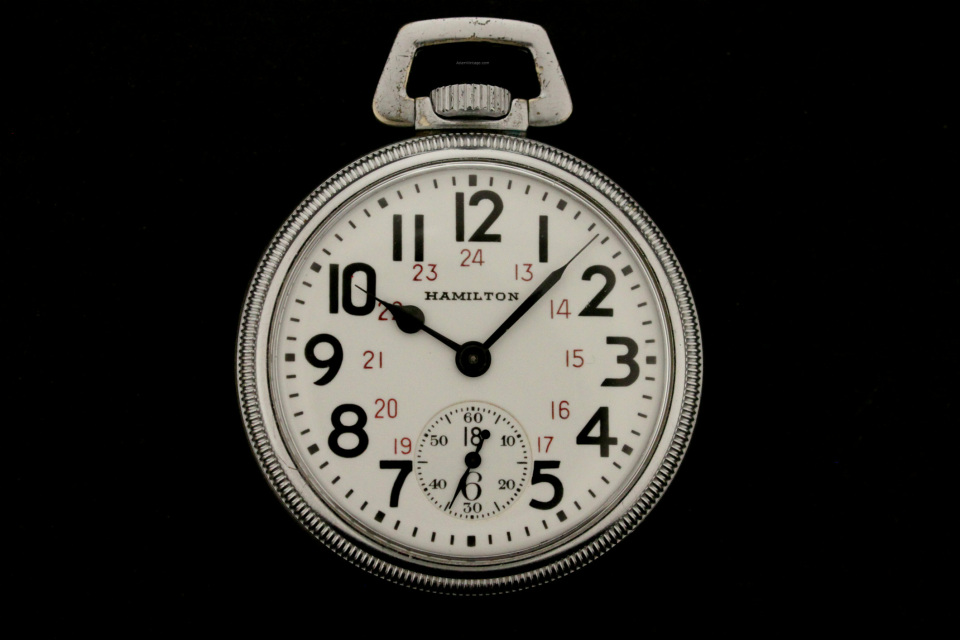 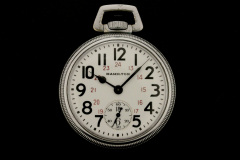 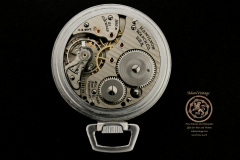 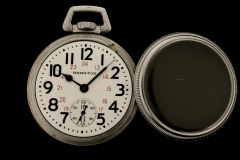 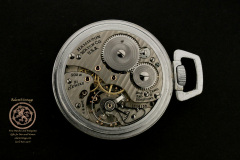 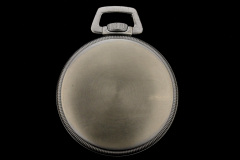 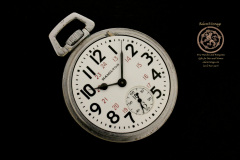 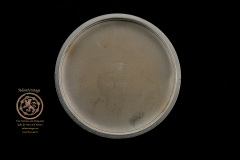 Here is another rarity in our collection, This watch was curated and purchased from a family estate. The Hamilton grade 992B is one of a few high-end railroad watch movements used in military operations. However, this piece is slightly different. This 992B is lever set, unlike most other military orders which usually are pendent set. Note that the 992B was made as a top grade railroad watch. All railroad watches (after the standards were implemented in 1893) must be lever set. So what this all means is that the only modification made was the factory authorized U.S. Govt. marking on the movement. This leads me to believe that the purpose of this watch was for government railroad use which was supervised by the Army Corps of Engineers. The final reason I believe that this watch was used by the Army Corps of Engineers is that the estate family member disclosed the recently departed did in fact work for the government in a Engineer position. Let's talk condition, the case presents itself as being in great condition. Not dings, dents or other common case issues . There is brassing (wear) on the bow and on the caseback. The movement has just been serviced April 2019, is super clean, amazing decoration, very high-end for a government watch with 21 jewels and all the 992B has to offer. Note the single sunk porcelain dial. Although I'm not aware of Hamilton dial rules; you mostly see double sunk dials on these. it's very common for military contracts to call for no sunk or one at the most. It's much more expensive to have sunken dials. Like the majority of our watches, the dial is superb with no cracks, hairlines, chips...it is near perfect condition. To wrap this up, this is a great interesting military watch used during WWII, with nice features like a great movement, case and dial.