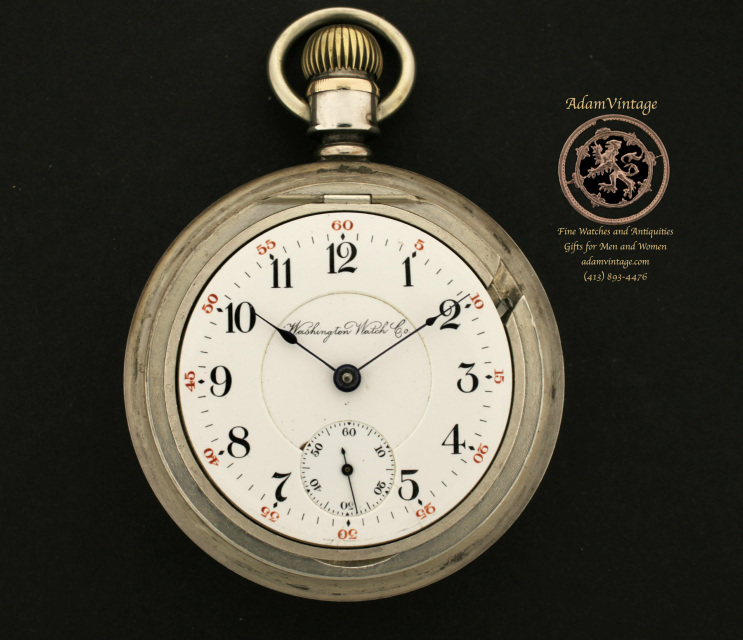 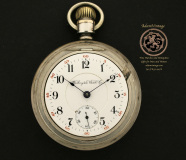 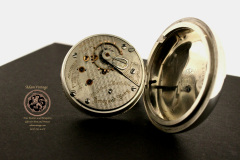 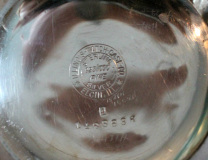 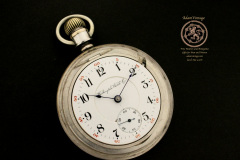 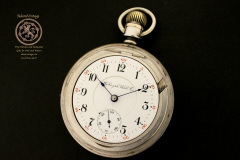 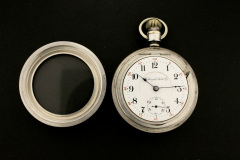 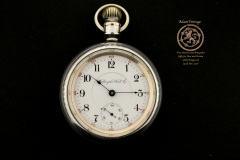 This is an incredible find. Washington Watch Co. labels are tough to find, never mind with an early "Army Navy" movement. The Washington Watch Co. was a trade name of Illinois; as such, there were some very low production watches made with this label and the Arm Navy movement makes it quite rare. In fact, a very credible source states that only 50 total watches were manufactured with the label of Washington Watch Co.The Army Navy Grade movement; which was made very high grade with 21 jewels, adjusted, very well hand finished and extraordinary decoration. This is a lever set watch. In fact, if there were any supporting data at all, this would likely be railroad grade due to its age of about the late 1800's before all the standards were in place... the only reason it would not be later on is because of its size 18s which tend to be in large cases. The rail companies believed a 16s would be a more comfortable size, but that was all before this watch was made. It is said that these watches were made to commemorate the formation of the USA Army and Navy which were both formed by Congress in 1775; so this would likely be a centennial commemoration. Very few were made which tells me these were for high ranking officials; it is too high grade and would have cost too much to market to the general public. This is another large heavy piece about 60mm in diameter of solid coin silver (.800 pure); needless to say, it's a nice heavy piece to be proud of. The dial is white porcelain and is original to the case and movement; the hands and crown are also original. The dial has some minor issues, you can see in the pictures, and would be considered to be in excellent condition. Both sides of the case are screw down; the caseback is solid as shown with a plain polished back. The back of the case has a small dent in it, I would say no bigger than 1-2mm. There you go, what an excellent find and a great gift or addition to any important collection.