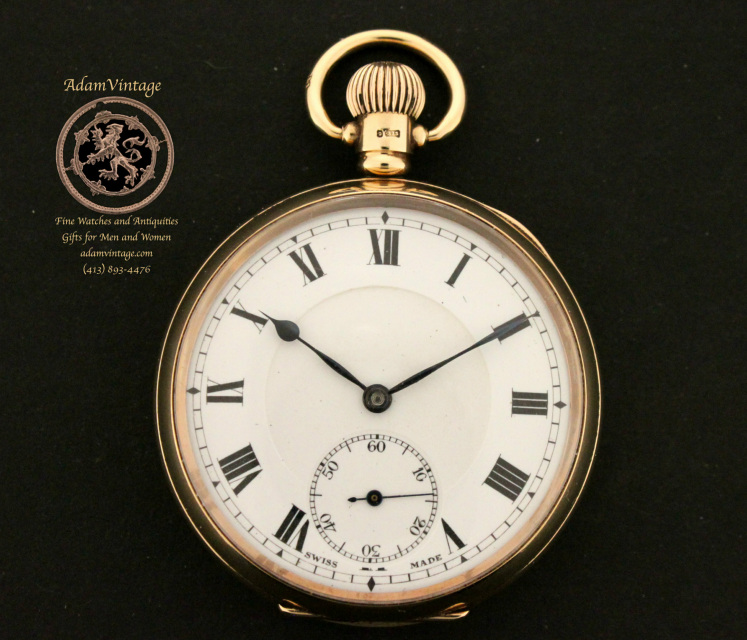 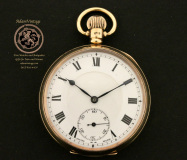 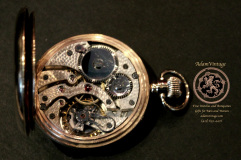 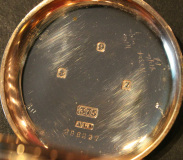 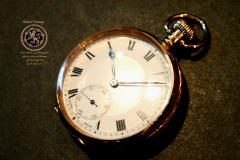 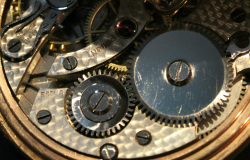 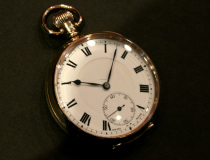 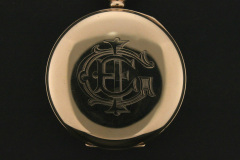 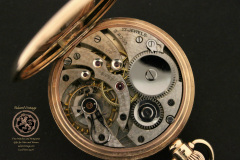 For those who like a more modern simple look in a railroad (not USA) and chronometer grade watch. You'll see a lot of American looking movement characteristics; and the history of the company explains why. According to Dennison here is the unedited history. Before we go there I would like to comment on a few things. Obviously the movement is gorgeous and very rare to find on a Swiss or English watch. This is a men's size 16s, there are no problems noted and the watch has been serviced March 2019. There is a very nicely done engraving on the back cover. This watch is stem set and has a perfect double sunk white porcelain dial.

American born A. L. Dennison began his pioneering career in the watch industry by founding Waltham Watch Company. The company grew to become the largest watch

manufacturer in the U.S.A at the time.

In 1863, the talented watchmaker moved to Zurich in Switzerland, as he found the Swiss were more advanced in the production of watch parts. He joined Tremont Watch Company, heading the manufacturing side of the business and helped in the formation of International Watch Co.

In 1871, A.L.D moved to England and after a short time in London he decided to setup home in Birmingham. A.L.D found a niche in the market for high-quality watch cases produced in large numbers and patented many designs for air and watertight cases. Originating from a small workshop on the side of the family home, the company called Dennison, Wigley & Company grew to produce 100,000 high-quality watch cases per annum. A.L.D died in 1895, but left behind a very worthy successor in his son, Franklin Dennison.