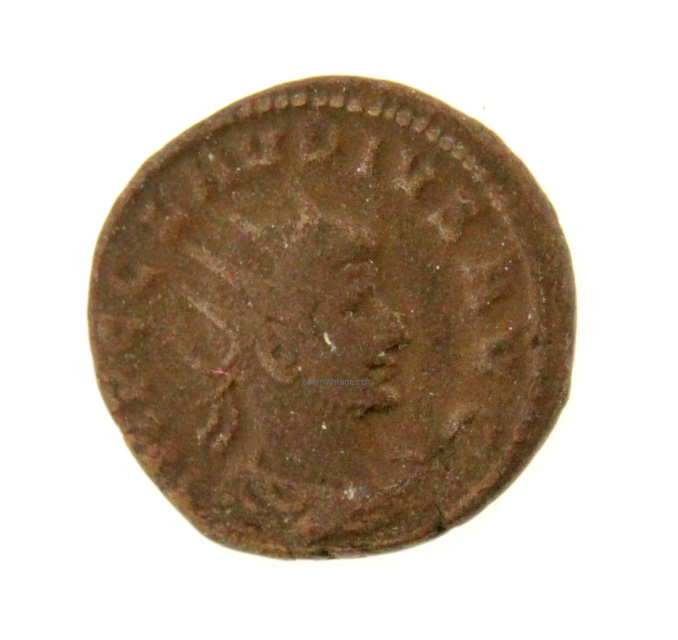 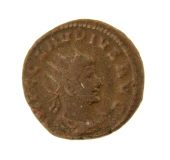 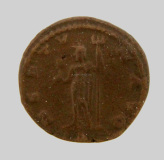 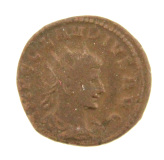 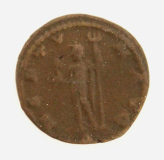 This is an Very Good (VG), ancient, Roman "Antoninianus" or double Denarius with great stories to tell. It was struck at the Antioch mint in 268 or 269 A.D. for, and bears the portrait of, one of the more successful Emperors to reign during the period known as the "Military Anarchy and Economic Collapse," Claudius II "Gothicus". The reverse is Neptune standing holding his trident. This is a more unusual reverse. Unlike the first Claudius, he came to reign through treachery and assassination in September of 268 AD. He was a good General; however, and succeeded in defeating the invading Goths, earning the name he is best known by. Confirmed by the Senate, he was also popular with the troops but died from the plague in August of 270. His extreme need for troops led him to decree that young men must remain single, as married men were not allowed to enlist in the legions. A certain Christian priest continued to perform marriages in the "underground" Christian community. He was soon found out and jailed. He befriended his jailer's daughter and the night before he was to be beheaded, February 14, before the Flaminian Gate, he sent her a message, signed "from your Valentine". He was made Saint Valentine by Pope Gelasius in 496 AD.Weight: 3.60 Gram, 20 Millimeter, Billon or low-grade Silver. Dark Patina