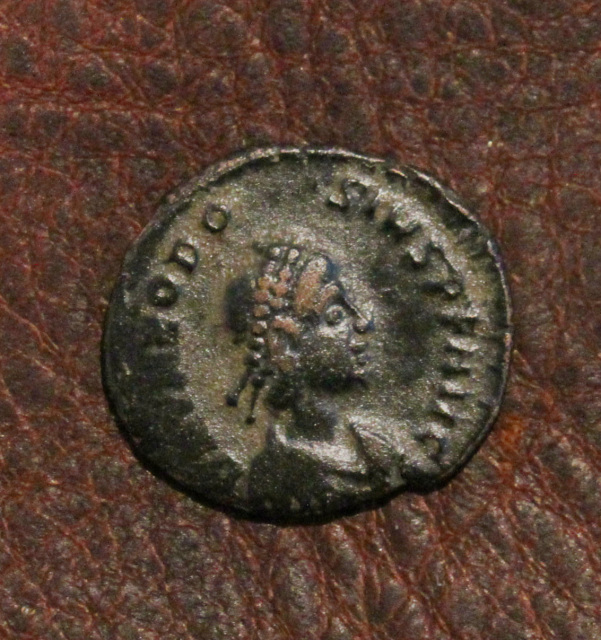 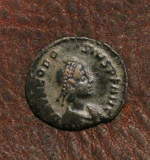 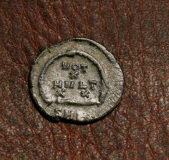 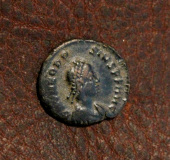 This ancient Roman Imperial coin has great eye appeal and the obverse features Theodosius I, a very Important Emperor with a long reign. The reverse I translated as, vowing 10 years as Emperor and hopefully 20 years.

As mentioned already Theodosius the Great, was Roman Emperor from AD 379 to AD 395, as the last emperor to rule over both the eastern and the western halves of the Roman Empire. On accepting his elevation, he campaigned against Goths and other barbarians who had invaded the empire. His resources were not sufficient to destroy them, and by the treaty which followed his modified victory at the end of the Gothic War, they were established as Foederati, autonomous allies of the Empire, south of the Danube, in Illyricum, within the empire's borders. He was obliged to fight two destructive civil wars, successively defeating the usurpers Magnus Maximus and Eugenius, not without material cost to the power of the empire.

He also issued decrees that effectively made Nicene Christianity the official state church of the Roman Empire.He neither prevented nor punished the destruction of prominent Hellenistic temples of classical antiquity, including the Temple of Apollo in Delphi and the Serapeum in Alexandria. He dissolved the order of the Vestal Virgins in Rome. In 393, he banned the pagan rituals of the Olympics in Ancient Greece. After his death, Theodosius's young sons Arcadius and Honorius inherited the east and west halves respectively, and the Roman Empire was never again re-united, though Eastern Roman emperors after Zeno would claim the united title after Julius Nepos' death in 480 AD. Source: Wikipedia and RIC IX Heraclea 19C. The coin is approximately 16mm and 1.3grams weight.