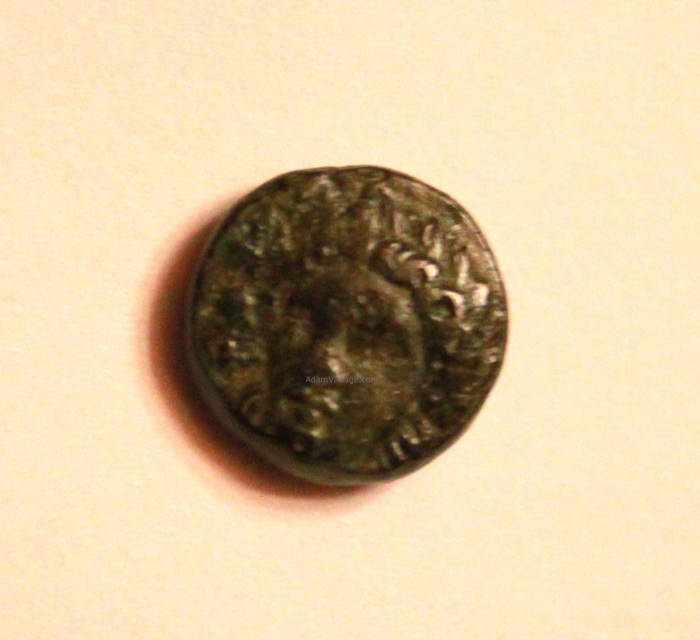 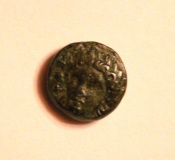 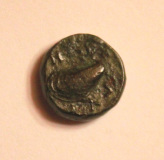 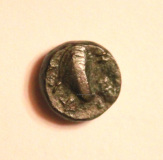 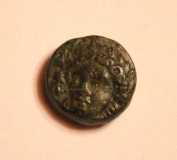 Gryneion as one of the eleven ancient cities of Aeolis. This coin is of average rarity; however, it is often found with a high amount of wear or off center strike. When collecting coins, I cannot stress the importance of investing in the best example you can find at the budget you can afford. That said, take a look at this coin, and see how much detail there is, along with an excellent strong centered strike. I would bet the die used to strike this coin was fairly new because both sides; especially the reverse (mussel shell) is done is very high relief. Apollo is depicted nicely with very good artistry for the era.

Speaking of Apollo, in general, was not as common to see on ancient coinage as lets say Athena or Zeus. Apollo is on of the most important and diverse of the Olympian deities. Apollo has been recognized as God of light and sun, truth and prophecy, healing, music, medicine and more.

The purpose of the mussel shell on the reverse is not clear; however, since the area is next to a sea, mussels were likely an abundant source of food and perhaps medicine. Apollo is being honored or worshiped for providing these provisions. This coin measures 10mm in diameter and 1.95gm; is made of bronze and has a pleasing dark patina. Note that ancient coins with sea shells are highly sought after.