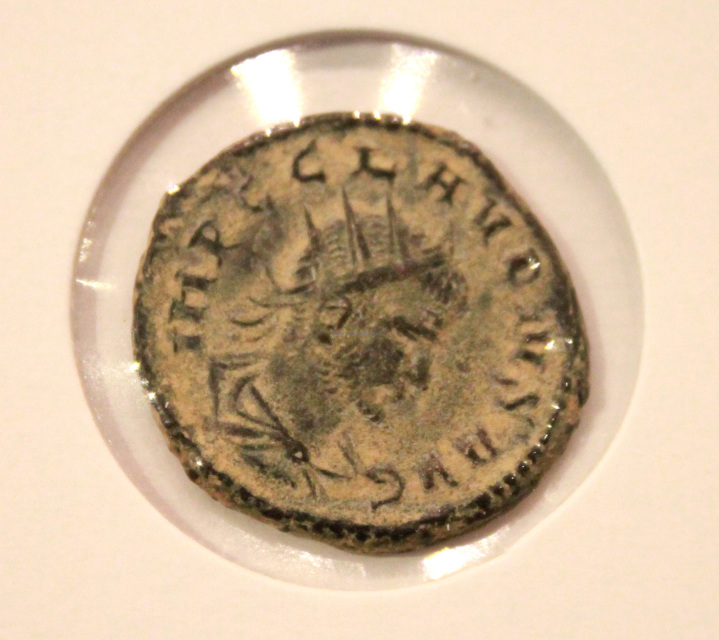 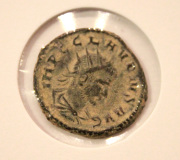 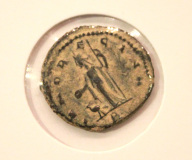 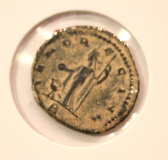 This stunner is a genuine Roman Imperial coin of the Emperor Claudius II Gothicus, who was only a 2 year emperor; and a very important person in history. Also known at just "Claudius", he raised to taught to be a great soldier in the Roman Empire; and that he was. As Claudius matured, both in age and military experience, he was moved up the ranks fairly quickly due to his military prowess and leadership skills. The world may look a lot different if it wasn't for many successful military campaigns led by Claudius. As emperor, and with some luck, Claudius was a successful Emperor, who won many important battles. It is said that he was very respected by his military and subjects; however, he was known as being a cruel person.

This Emperor also has another interesting story attached to his name. Source History Channel: On February 14 around the year 278A.D., Valentine, a holy priest in Rome in the days of Emperor Claudius II, was executed.

Under the rule of Claudius the Cruel, Rome was involved in many unpopular and bloody campaigns. The emperor had to maintain a strong army, but was having a difficult time getting soldiers to join his military leagues. Claudius believed that Roman men were unwilling to join the army because of their strong attachment to their wives and families.

To get rid of the problem, Claudius banned all marriages and engagements in Rome. Valentine, realizing the injustice of the decree, defied Claudius and continued to perform marriages for young lovers in secret.

When Valentine’s actions were discovered, Claudius ordered that he be put to death. Valentine was arrested and dragged before the Prefect of Rome, who condemned him to be beaten to death with clubs and to have his head cut off. The sentence was carried out on February 14, on or about the year 270.

Legend also has it that while in jail, St. Valentine left a farewell note for the jailer’s daughter, who had become his friend, and signed it “From Your Valentine.”

For his great service, Valentine was named a saint after his death.

In truth, the exact origins and identity of St. Valentine are unclear. According to the Catholic Encyclopedia, “At least three different Saint Valentines, all of them martyrs, are mentioned in the early martyrologies under the date of 14 February.” One was a priest in Rome, the second one was a bishop of Interamna (now Terni, Italy) and the third St. Valentine was a martyr in the Roman province of Africa.

At the end, records indicate that Claudius died of a plague, which is likely why his reign as emperor was short but eventful. In these days, it was also common for enemies to plot an assassination, although it is not certain as his cause of death.