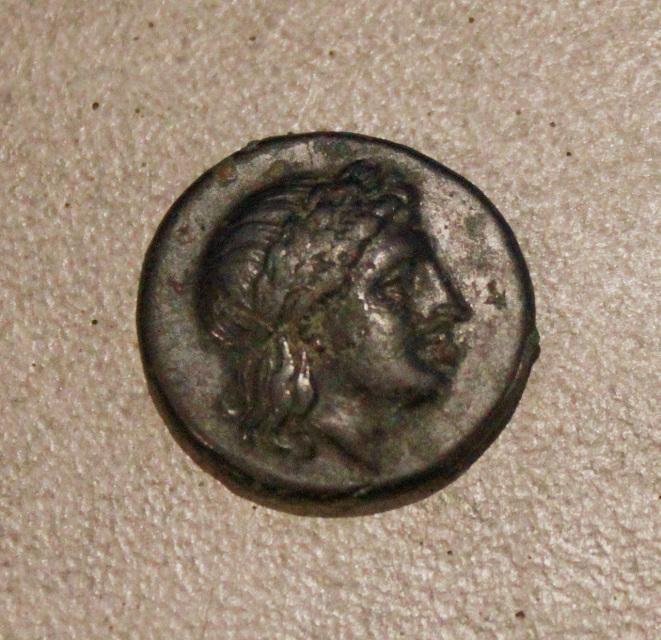 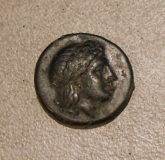 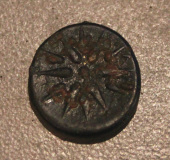 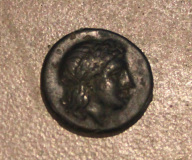 What a beautiful very early coin this is. This coin has a dark patina, has a perfectly centered nice strike and high relief. The name of Gambrion is seen first in the book of Anabasis of Xenophon which gives knowledge about the region in 399 BC. At that time the ruler of the city was Gorgion. The obverse has an excellent bust of Apollo while the reverse has G-A-M between four of the rays of a 12 point star. It is an uncommon type. 17mm diameter and just about 4gm weight.

Apollo was an extremely important God in Greek Mythology. He is the Son of Zeus and Leto.

Medicine and healing are associated with Apollo, whether through the god himself or mediated through his son Asclepius, yet Apollo was also seen as a god who could bring ill-health and deadly plague.

Apollo favors and delights in the foundation of towns and the establishment of civil constitution. Hence is associated with dominion over colonists. Apollo is the giver and interpreter of laws. He presides over the divine law and custom along with Zeus, Demeter and Themis.

He is the patron defender of herds and flocks. He is also connected with the fertility of cattle.

As the leader of the Muses (Apollon Musegetes) and director of their choir, Apollo functions as the patron god of music and poetry. Hermes created the lyre for him, and the instrument became a common attribute of Apollo. Hymns sung to Apollo were called paeans. Apollo is the god who affords help and wards off evil. He delivered men from the epidemics. Various epithets call him the "averter of evil". As an agricultural deity, Apollo protects the crops from diseases, especially the rust in corns and grains. He is also the controller and destroyer of pests that infect plants and plant harvests.