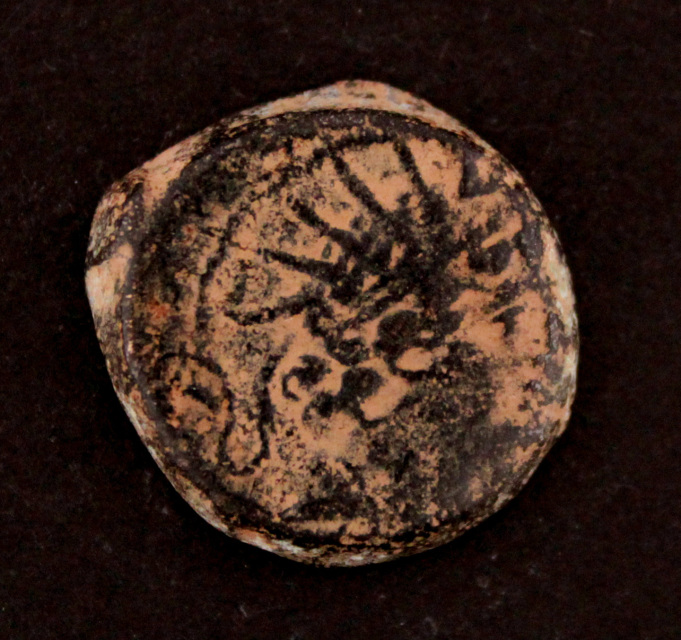 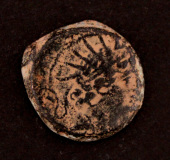 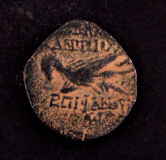 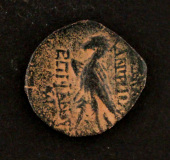 Bronze Coin of ANTIOCHOS VII GRYPUS of the SELEUKID KINGDOM FROM 121 - 96 BC.

Antiochus Grypus was crowned as a teenager in 125 BC after his mother Cleopatra Thea had killed his elder brother Seleucus V Philometor, ruling jointly with her. After Antiochus defeated usurper Alexander II Zabinas in 123 BC his mother tried to poison him with wine, but the suspicious king forced her to drink the cup herself. (The story may have been inspired by the fact that Grypus was interested in toxicology; some poems about poisonous herbs believed to have been written by him are quoted by the famous physician Galen). Either he or his half brother Antiochus IX Cyzicenus is probably identical with the ephemeral child ruler Antiochus Epiphanes, who was crowned by Cleopatra Thea after the death of Antiochus VII but before Demetrius II returned to Antioch. The child Antiochus Epiphanes, who is known from coins, was deposed—but not killed—when Demetrius II was restored in 129 BC.

Despite political shortcomings, Grypus was a popular king. His ugly, lazy appearance on coins (common among the last Seleucids), together with stories of his lavish banquets, made posterity believe his dynasty was degenerated and decadent. This was however a conscious image, an invocation of the Hellenistic idea Tryphe - meaning good life, which the last Seleucids strove to be associated with, as opposed to the exhausting civil wars and feuds which troubled their reigns in reality.

A story of his luxurious parties claims he sent food home with guests who attended banquets, complete with a camel as beast of burden, as well as a with attendant to carry the guest himself. This should certainly have caused some strain on the already depleted treasury.

Excellent relief and clay patina on this coin makes it unique and stunning compared to other examples. 20mm and 7gm.