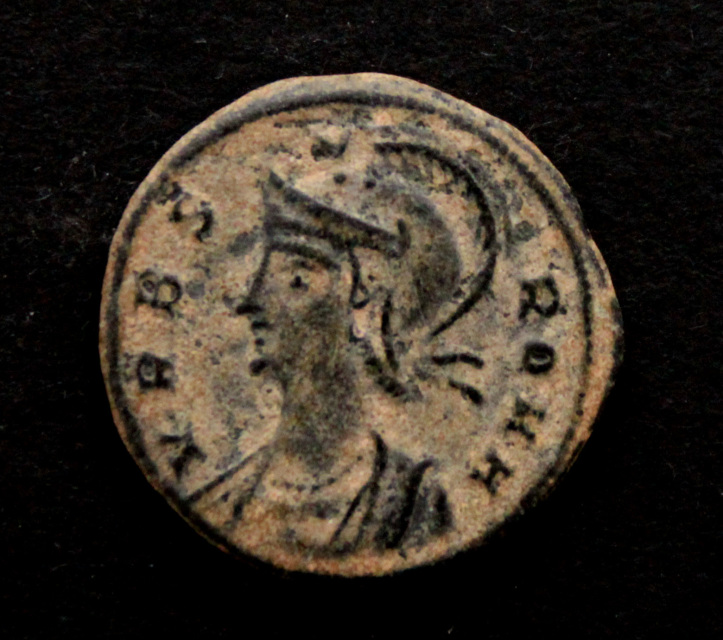 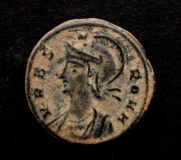 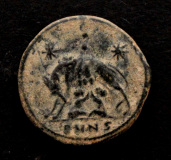 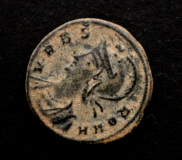 I really love this coin because it has it all; well centered, well struck and uncleaned with a stunning desert patina. Constantine I and his sons issued a few different types of commemoratives from 330-346. These were issued to mark the foundation of Constantinople and to also reaffirm Rome as the traditional center of the Empire. This coin is a fairly rare type of these coins.

Thirteen mints produced these types: Trier, Lugdunum (Lyons), Arelate (Arles), Aquileia, Rome, Siscia (this coin was minted here in Siscia), Thessalonica, Heraclea, Constantinople, Nicomedia, Cyzicus, Antioch and Alexandria. The female figure of the Goddess Roma on the obverse is the personification of Constantinople and Rome. The wolf and twins type depict Romulus and Remus (the founders of Rome) being suckled by the she-wolf. The two stars on the reverse represent the dioscuri ( the twins Castor and Pollux).