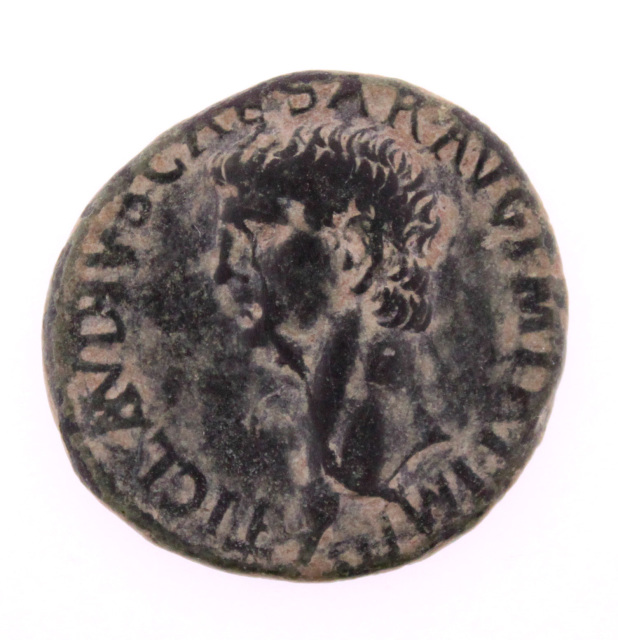 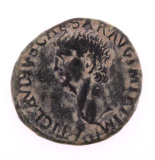 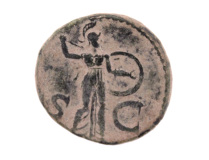 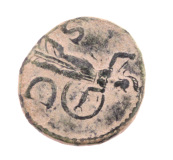 AE As (26mm, 10.68 grams) of Tiberius Claudius Drusus 41-54 AD, Son of Nero Claudius Drusus & Antonia. VF with choice surfaces and olive green tone. Nice portrait coin of one of the Twelve Caesars. This is a very nice complete strikes and well centered.

Claudius  (Tiberius Claudius Caesar Augustus Germanicus;  1 August 10 BC – 13 October 54 AD) was Roman emperor from 41 to 54. A member of the Julio-Claudian dynasty, he was the son of Drusus and Antonia Minor. He was born at Lugdunum in Gaul, the first (and until Trajan, only) Roman Emperor to be born outside Italy. Because he was afflicted with a limp and slight deafness due to sickness at a young age, his family ostracized him and excluded him from public office until his consulship, shared with his nephew Caligula in 37.

Claudius' infirmity probably saved him from the fate of many other nobles during the purges of Tiberius's and Caligula's reigns; potential enemies did not see him as a serious threat. His survival led to his being declared Emperor by the Praetorian Guard after Caligula's assassination, at which point he was the last man of his family. Despite his lack of experience, Claudius proved to be an able and efficient administrator. He was also an ambitious builder, constructing many new roads, aqueducts, and canals across the Empire. During his reign the Empire began the conquest of Britain (if the earlier invasions of Britain by Caesar and Caligula's aborted attempts are not counted). Having a personal interest in law, he presided at public trials, and issued up to twenty edicts a day. He was seen as vulnerable throughout his reign, particularly by elements of the nobility. Claudius was constantly forced to shore up his position; this resulted in the deaths of many senators. These events damaged his reputation among the ancient writers, though more recent historians have revised this opinion. Many authors contend that he was murdered by his own wife. After his death in 54 AD (at the age of 63), his grand-nephew, step-son, and adopted son Nero succeeded him as Emperor. His 13-year reign (slightly longer than Nero's) would not be surpassed by any successors until that of Domitian, who reigned for 15 years.

He was a descendant of the Octavii Rufi (through Gaius Octavius), Julii Caesares (through Julia Minor and Julia Antonia), and the Claudii Nerones (through Nero Claudius Drusus). He was a step-grandson (through his father Drusus) and great-nephew (through his mother Antonia Minor) of Augustus. He was a nephew of Tiberius through his father, Tiberius' brother. Through his brother Germanicus, Claudius was an uncle of Caligula and a great-uncle of Nero.