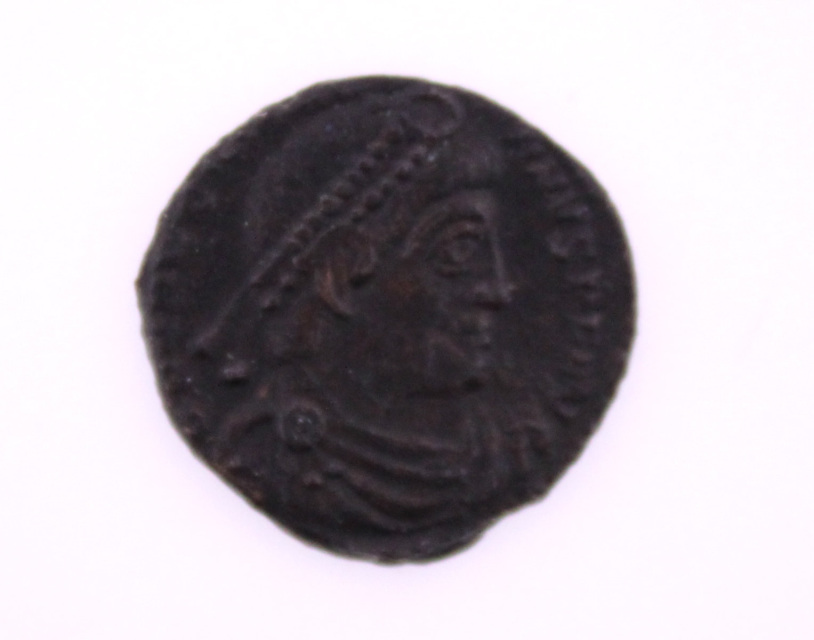 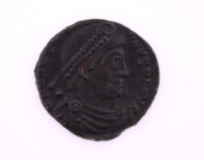 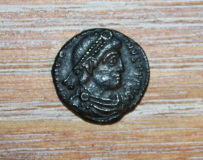 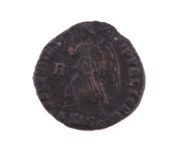 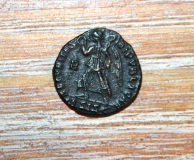 This is a very well struck and well centered; showing excellent relief and details. Emperor Valentinian I in weath on obverse (this coin was struck shortly after a military victory), typically, you see the Emperor in full armor, demonstrating the readiness and military prowess. While the lesser seen victory coins are done more from a softer point of view of joy and victory. Valentinian was an important Roman Emperor and his coinage is highly revered. This coin is no exception considering how scarce it is. Recognized as the top honor for military or public officers, the triumph wreath was given to Romans as a reward and praise when completing a victory. There are different kinds of triumph wreaths, each made from different materials. A victorious general received a wreath consisting of gold and decorated jewels. This wreath was either worn if it wasn't heavy or just held over the head of the victor. This wreath was also given as a gift to commanders. The most honorable wreath, the Corona Triumphalis, was adorned with bay leaves or laurels. The triumph wreaths were heavily cherished by the Romans and a desired object by the Roman citizens. 16-17mm diameter 2.62gm in weight.

About Valentinian I | Souce Wikipedia

Valentinian I (Latin: Flavius Valentinianus Augustus: Οὐαλεντινιανός; 3 July 321 – 17 November 375), also known as Valentinian the Great, was Roman emperor from 364 to 375. Upon becoming emperor he made his brother Valens his co-emperor, giving him rule of the eastern provinces while Valentinian retained the west.

During his reign, Valentinian fought successfully against the Alamanni, Quadi, and Sarmatians. Most notable was his victory over the Alamanni in 367 at the Battle of Solicinium. His brilliant general Count Theodosius defeated a revolt in Africa and the Great Conspiracy, a coordinated assault on Roman Britain by Picts, Scots, and Saxons. Valentinian was also the last emperor to conduct campaigns across both the Rhine and Danube rivers. Valentinian rebuilt and improved the fortifications along the frontiers, even building fortresses in enemy territory.

Due to the successful nature of his reign and the rapid decline of the empire after his death, he is often considered to be the "last great western emperor". He founded the Valentinian Dynasty, with his sons Gratian and Valentinian II succeeding him in the western half of the empire.