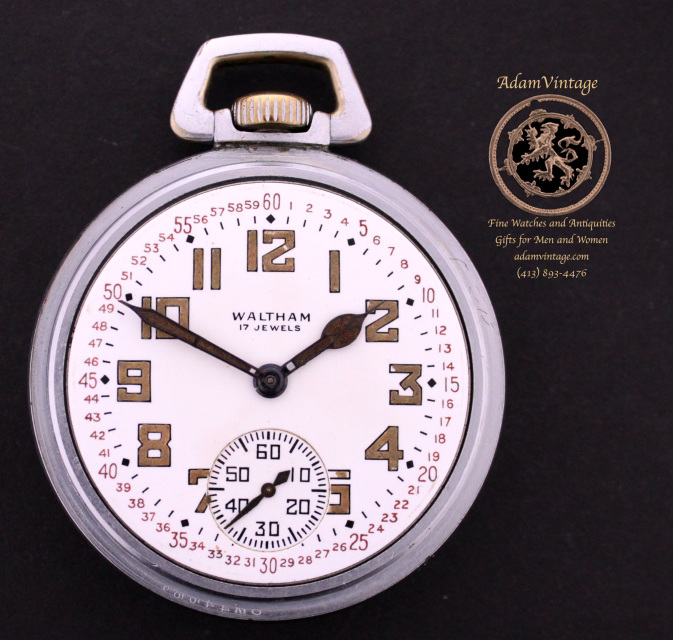 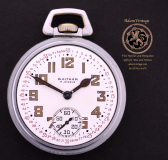 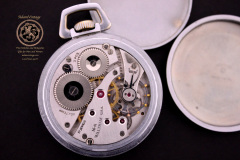 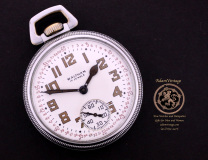 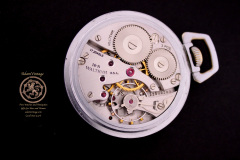 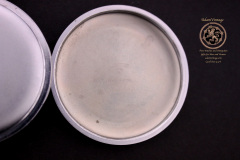 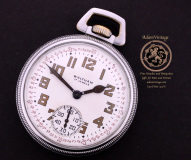 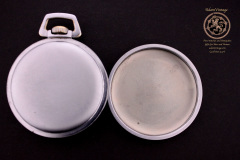 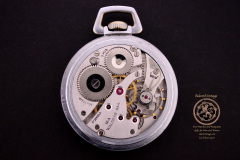 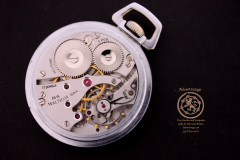 During WWII, Waltham produced two field grade US Army Ordnance pocket watches during the Second World War, the Model 1609 with 9 jewels and the Model 1617 with 17 jewels. Basically they were the same watch, employing the 16 size movement. Early examples, circa 1941, have white dials, and cost $12.50 for the Model 1609 and $24.70 for the model 1617. By 1944, when the first batches of the Model 1609 arrived in England, a black luminous dial was also being used. These were primarily for issue to the Royal Navy, as with this example, which is marked on the back of the screw case with a small broad arrow. Unusually, however, some Waltham Model 1609 pocket watches were issued to the Army.

This example; unusually, with no military markings, is one of the earlier white dial 1617 models. The near perfect dial is spectacular, with radium arabic numerals and hands as well as a Montgomery outer chapter ring.