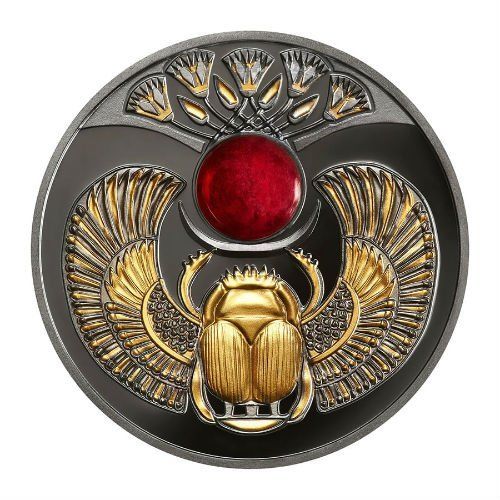 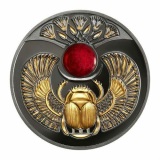 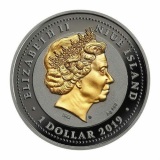 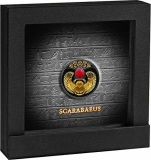 SCARABAEUS – THE ANCIENT SYMBOL OF PROSPERITY

"Ruby Scarabaeus" is the metaphorical representation of the sun and love. The coin exudes positive energy enchanted in a ruby millions of years ago. A souvenir decorated with the method of covering with ruthenium and 24 carat gold, together with a beautiful stone having a fiery shade can be yours today! By buying this one-of-a-kind coin you will feel like a priceless treasure holder! In ancient Egypt, scarabaeuses were the epitome of divinity and the symbol of rebirth and wandering of the sun's disk across the sky. The images of scarabaeuses, made of precious metals and expensive stones, served as amulets or even currencies. Today talismans in the form of scarabaeuses are found in the countries with which Ancient Egypt maintained trade relations.

A ruby, a beautiful precious stone with a pink to blood-red colour. In ancient cultures it was believed that it exercised control over existence. For centuries, the ruby symbolizes the greatest of riches - love. According to ancient Egyptian legends, the ruby also favours happiness and a great fortune. As an amulet it protects against evil and as a talisman it brings luck. The ancient Greeks attributed this stone to the most beautiful goddess - Aphrodite, and Romans – to goddess Venus. In the Middle Ages, it was believed that the power of rubies led to victory and heroic deeds. It was also believed that the ruby is a stone of friendship and has the power to foretell the future - if the stone darkens, one should expect a change of fate.