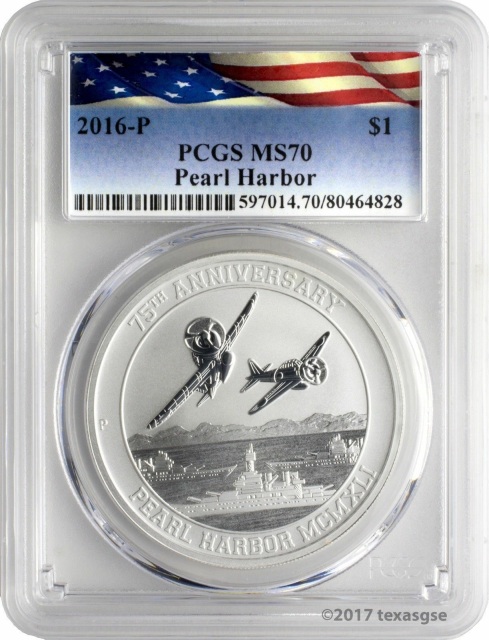 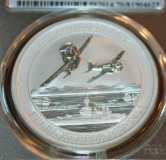 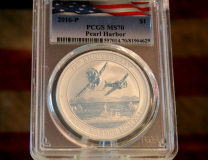 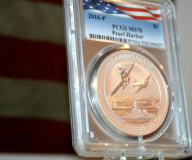 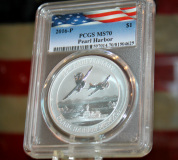 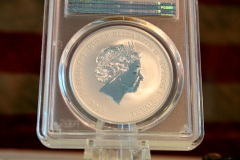 This coin is graded a perfect MS70 by PCGS.

At 7:55 a.m. on Sunday, Dec. 7, 1941, the first of two waves of Japanese fighter aircraft began its devastating attack on the United State’s Pacific Fleet moored at the naval base of Pearl Harbor on the island of Oahu, Hawaii.

Japanese forces attacked without warning with the objective of crippling the Pacific Fleet, in order to prevent America from interfering with the planned Japanese military action in Southeast Asia.

The surprise attack catapulted the United States to declare war on Japan, signaling America’s entry into World War II. As President Franklin D. Roosevelt proclaimed to a stunned nation, it would be forever remembered as a “date which will live in infamy.”

The Perth Mint is honored to commemorate the 75th anniversary of the historic attack on Pearl Harbor with this limited edition, legal tender coin struck in 99.99% pure silver.

The reverse of the coin portrays three U.S. Navy ships and two Japanese Zero military fighter planes, as used by the Imperial Japanese Navy in the attack on Pearl Harbor. The design includes the inscription 75th ANNIVERSARY PEARL HARBOR MCMXLI and The Perth Mint’s “P” mintmark.

The coin’s obverse depicts Ian Rank-Broadley’s elegant profile of Her Majesty Queen Elizabeth II, the 2016 year of issue, and the monetary denomination.