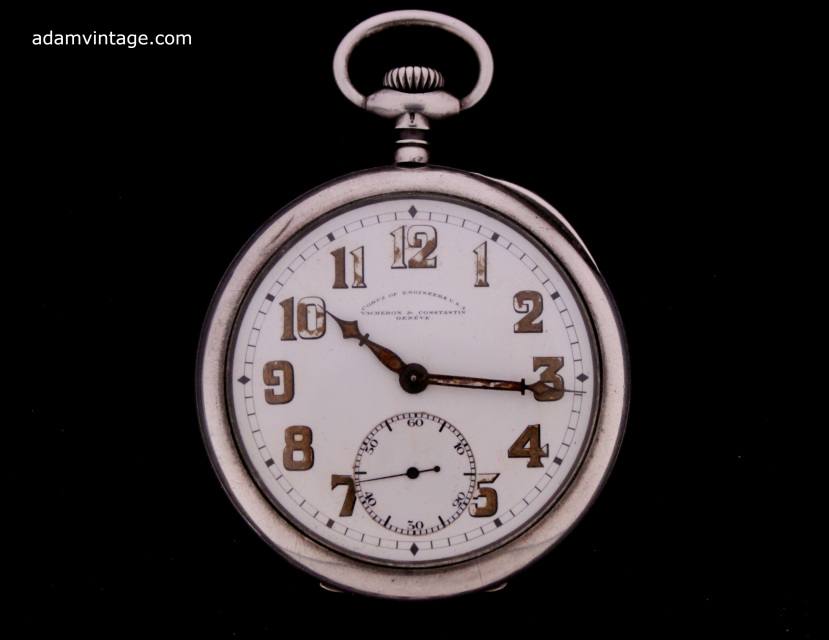 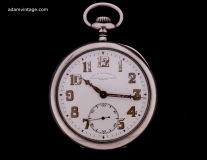 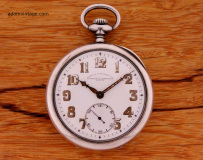 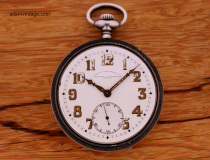 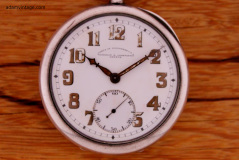 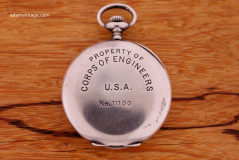 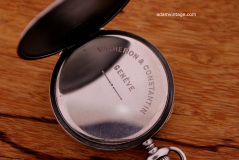 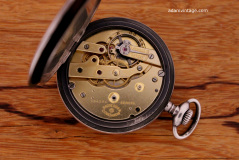 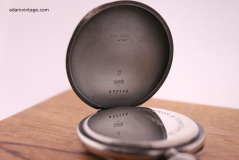 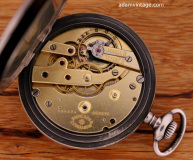 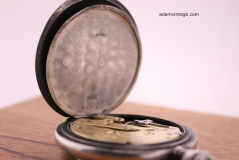 SKU: vcchronometer-002
$4,500.00
$3,995.00
$3,995.00
Unavailable
per item
Stunning Vacheron & Constantin military chronometer for sale from World War I. This pocket watch was part of an order of 2,000 watches in which an unknown total of the order was delivered that the United States Army Corps of Engineers commissioned from Vacheron & Constantin. The watches had to be made of 900 fine silver, have white dials, have luminous hands and numerals, and keep time within 30 seconds per week. The army ordered these in 1918 and accepted shipments from Vacheron until late 1919. This order was in conjunction with the order for the big brother of this watch, the chronograph.  Although the chronograph may be the big brother being a more complicated and expensive watch to make; the chronometer version (this watch) is much more rare with little survivors found in original condition like ours.  With the later serial number of this piece (11100) and the cathedral style hands, this piece was made at the middle/later end of the run, most likely 1919. Even better, V&C, not being prepared for this large order, outsourced the earlier pieced to Nardin; but this is a true V&C movement.  The hands still have almost all of their radium lume, some of the radium has dissipated over time off some of the hour numerals on the dial; which is not uncommon for pieces that actually saw service use, which this one clearly did.  However, the dial is near perfect with very little loss of lume material.

The case of this pocket watch is 900 fine silver and in excellent condition. The dial is also very clean apart from small amounts of dissipated lume on the numerals - no hairlines or cracks.  In many cases you find this watch with all its lume gone and in most cases incorrect replacement hands due to the fear of the radioactivity of the lume used at the time.  Actually, in most cases, you don't find this watch at all.  It is very illusive compared to the chronograph version.  Of course, any type of radioactive material on this watch is no longer radioactive due to the age and pose no risk. The hands still have nearly all their lume and still have a blue hue to them. The movement is a 20-jewel movement with a straight line lever escapement and a 19 lignes size. There is high-end gold gilding on this entire movement, not specified as a requirement of the order, but a very expensive nice touch by Vacheron.  Quite nice, this watch will certainly give you bragging rights.  This watch is difficult to value due to the shortage of comps; however, I gather it's worth more than the chronograph.

The pocket watch chronometer time only function measures 52 mm wide, 65 mm from the crown to the bottom, and 14.5 mm thick.