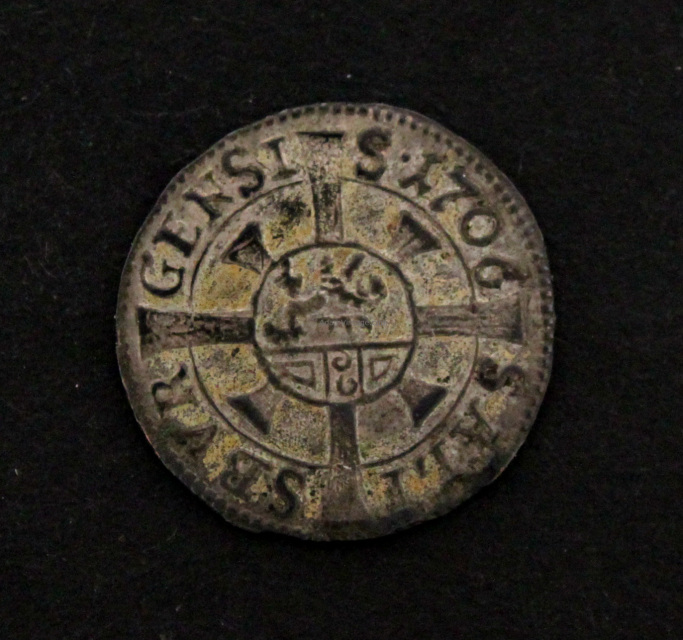 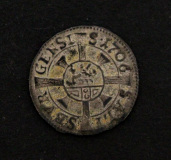 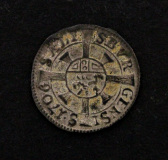 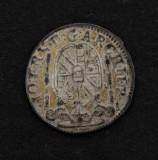 This is a very pleasing coin, well struck with fantastic details. The coin appears uncleaned and has a great silver luster with golden patina. This is a tough to find coin from the birthplace of Mozart and minted during his lifetime. This is a very nice, silver "One Kreuzer" from the "Archbishopric of Salzburg". It was struck in 1706 during the time of "Prince-Archbishop" Johann Ernst, Graf (Count) von Thun and Hohenstein. He ruled Salzburg from 1688 until his death in 1709. Johann Ernst was the younger brother of Guidobald, who had been Prince-Archbishop of Salzburg from 1654 until 1668. Born in Prague, Johann Ernst was a builder. He constructed the Collegiate Church of the University of Salzburg, the Holy Trinity Church in Salzburg and as his residence the Schloss Klessheim, a palace, 4 kilometers from Salzburg. In 1743 Leopold Mozart was appointed as fourth violinist in the musical establishment of the Prince-Archbishop of Salzburg. In 1756, Leopold had a son and named him Wolfgang Amadeus. Today Salzburg is far more famous as the birthplace of the world's greatest composer than it ever was as a bastion of the church. Possible candidate for a bezel set to wear as a pendant; see coin accessories. Weight: 0.76 Gram, 15 Millimeter, Silver.