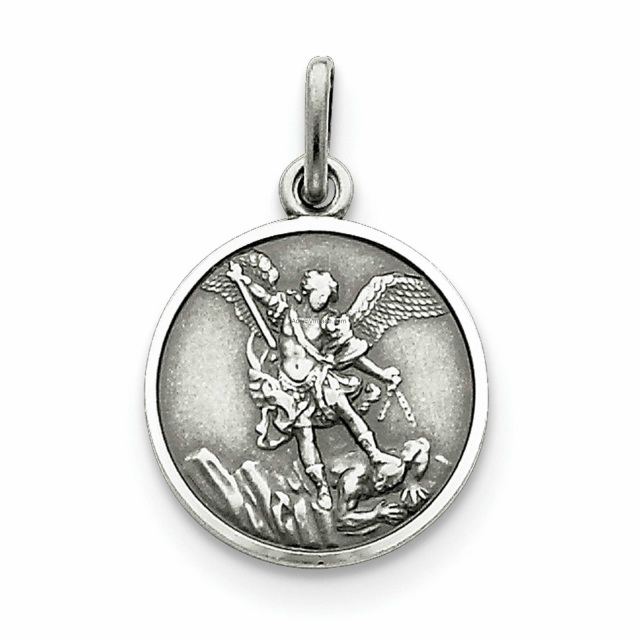 What a wonderful gift for anyone who wishes to where an artistic piece of religious jewelry; especially for those who are sick or in their final days. Saint Michael is perhaps the most well known and important angel. Saint Michael the Archangel isn't really a saint, but rather he is an angel, and the leader of all angels and of the army of God. This is what the title "Archangel" means, that he is above all the others in rank.St. Michael has four main responsibilities or offices, as we know from scripture and Christian tradition. Purchase together with one of our necklaces, also in .925 Sterling Silver and save big.

In Daniel, St. Michael is mentioned twice. The first time as one who helped Daniel, and the second time he is mentioned with regard to the end times of the world when he will stand for the "children of thy people."

His next mention comes in the Epistle of St. Jude, where St. Michael is said to guard the tombs of Moses and Eve and has contended with Satan over the body of Moses.