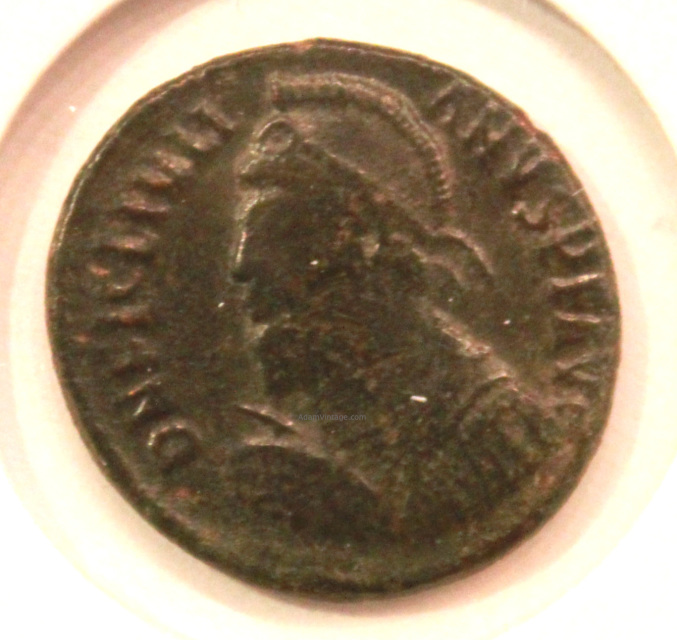 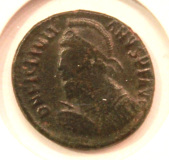 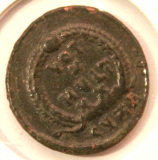 This is a genuine ancient Roman coin of the Emperor Julian II. Minted in Cyzicus between 361-363 AD. Size is 18.5mm; weight is 3.47 grams. Reference is RIC 130, A. It has the unusual mintmark of CYZA. Julian II is not common coin to find, and he was an important emperor and a very interesting person; which makes this coin desirable.

A member of the Constantinian dynasty, Julian was orphaned as a child. He was raised by the Gothic slave Mardonius, who had a profound influence on him, providing Julian with an excellent education. Julian became Caesar over the western provinces by order of Constantius II in 355, and in this role he campaigned successfully against the Alamanni and Franks. Most notable was his crushing victory over the Alamanni at the Battle of Argentoratum (Strasbourg) in 357, leading his 13,000 men against a Germanic army three times larger. In 360, Julian was proclaimed Augustus by his soldiers at Lutetia(Paris), sparking a civil war with Constantius. However, Constantius died before the two could face each other in battle, and named Julian as his successor.

In 363, Julian embarked on an ambitious campaign against the Sassanid Empire. The campaign was initially successful, securing a victory outside Ctesiphon, but his army was weak, possibly corrupted from within by hostile Christians. While campaigning deep into Persian territory, the Persians flooded the area behind him and Julian took a risky decision to withdraw up the valley of the Tigris River. During the Battle of Samarra, Julian was mortally wounded under mysterious circumstances, leaving his army trapped in Persian territory. Following his death, the Roman forces were obliged to cede territory in order to escape, including the fortress city of Nisibis.

Julian was a man of unusually complex character: he was "the military commander, the theosophist, the social reformer, and the man of letters". He was the last non-Christian ruler of the Roman Empire, and he believed that it was necessary to restore the Empire's ancient Roman values and traditions in order to save it from dissolution. He purged the top-heavy state bureaucracy, and attempted to revive traditional Roman religious practices at the expense of Christianity. His attempt to build a Third Temple in Jerusalem was probably intended to harm Christianity rather than please Jews. Julian also forbade the Christians from teaching classical texts and learning. His rejection of Christianity, and his promotion of Neoplatonic Hellenism in its place, caused him to be remembered as Julian the Apostate by the church. Source: wikipedia (much more to read about Julian II)