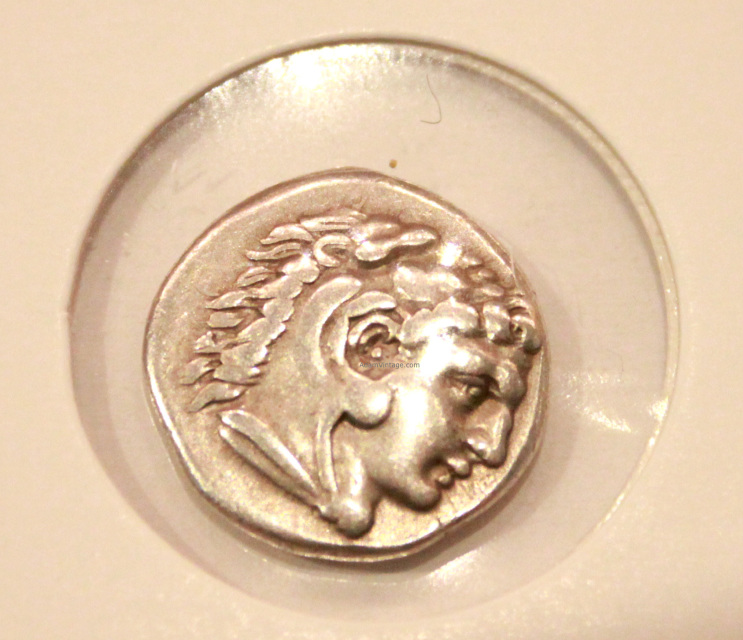 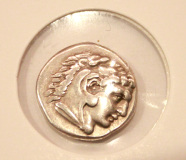 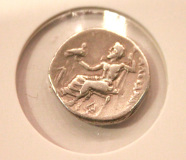 Here is a great example of a silver Drachm, struck under the reign of Alexander III The Great; often referred to as Alexander The Great, King of Masedon, an important ancient Greek Kingdom. The coin features the head of Herakles looking right, wearing a lion skin in very high relief on the obverse. The reverse reveals Zeus Aëtophoros seated left; in left field, Demeter, holding torches, standing facing; monogram below throne. There are many books, movies, etc..of just about all these characters, which is what makes this coin so appealing. Imagine, this coin may had been handled by Alexander himself. Unfortunately, we don't know these things, but the mere significance of the time, mint and artistry of this coin makes it one of the most sought after coins minted during theHellenistic period.